Die Forming - trying it out 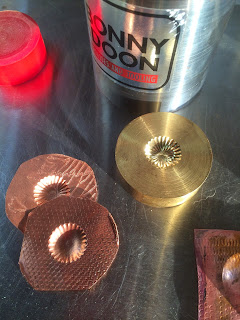 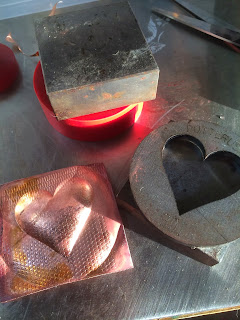 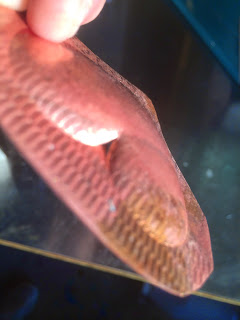 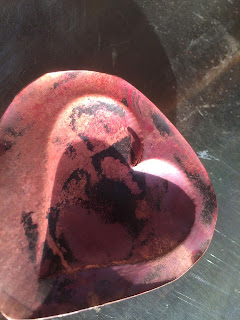 Cut around - but would have looked pretty good riveted to something 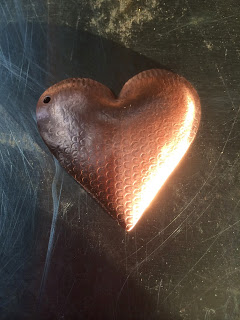 Mine is blue but its identical (cross bar height is adjustable)
You get two  solid steel pieces that sit on the cross bar you can sit your dies on to press down  against -
the center press  vertical bar under the bottle jack rests on the solid brass or steel plates that press down onto the dies
I am contemplating having a base welded to the cross bar that I can put pegs in to hold the dies/box in place -  Princess sells this for 120.00   (I think I got it on sale for some ridiculous price of 65.00 at the time- with die forming in mind  )
yes a cool compact small press would be great but  the cost plus shipping verses a floor model I can move around out of the way  for under 100.00 - sort of made my decision
bought this in 2008  - first  real use 7 years later - !!!!