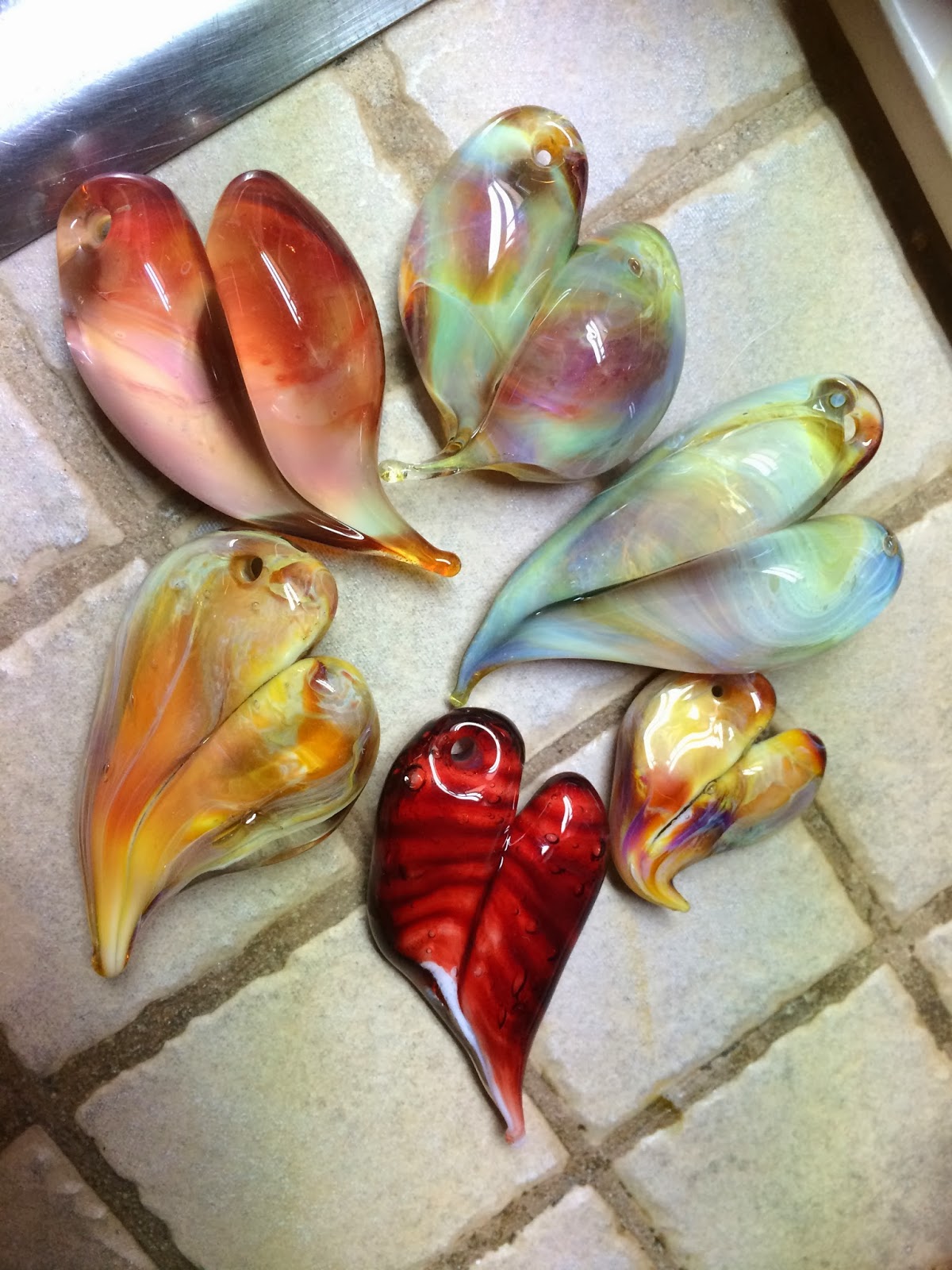 My first one is at about 12 O'clock  - I see the purple in it was a bit wonky  but ok,  the second one I did  at 2'oclock was the second using same colors  a bit too long- if I had kept it short I think would have been better, the third one is at 11 o'clock pulled to far to the right , the fourth one is at 7 o'clock not too bad ,  the once at 6 o'clock - I was getting tired , and the final little one at 5 'oclock was a left over  but not too bad