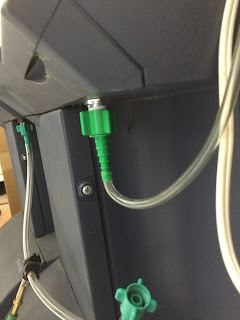 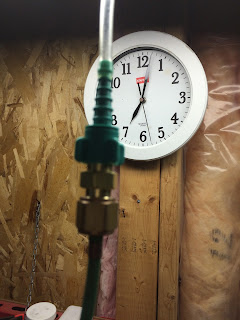 then I ran it over to my soldering station at least 15 ft ) -  put another  fitting on - then put a No. 30 brass coupler  that fits in the green fitting -  and fits on the green oxy nut to the smith torch